A sermon celebrating 10 years of incremental victories by "Claiming the Blessing" and calling for a new set of audacious new goals for the future preached by Susan Russell on August 5, 2012 at All Saints Church in Pasadena.
Posted by Susan Russell at 3:25 PM No comments:

Marking a decade of work and witness, the Claiming the Blessing community has been going through photo archives and pulling out pictures of the milestones of the last ten years. With more to come -- both work and pictures! -- here's a look at what it takes to "claim the blessing:"

Celebrating 10 Years of Claiming the Blessing!

CLAIMING the BLESSING was officially launched when the newly appointed CTB Executive Director (that would be ME!) set up shop in the southeast cubicle of the multipurpose "temporary" office space in the north driveway of All Saints Church in Pasadena on August 1, 2002.

CTB was convened as an intentional collaborative ministry of leading Episcopal justice organizations (including Integrity, Oasis, Beyond Inclusion and the Episcopal Women's Caucus) in partnership with the Witness magazine and other individual leaders in the Episcopal Church focused on: promoting wholeness in human relationships, abolishing prejudice and oppression, and healing the rift between sexuality and spirituality in the Church. Other posts on this blogsite give a great overview of the work and witness of the last decade ... but here's the Clif Notes version:

Our initial commitment was obtaining approval of a liturgical blessing of the faithful, monogamous relationship between two adults of any gender at General Convention 2003. Toward that end we convened a national conference -- Claiming the Blessing 2002 -- in St. Louis, Missouri. Three days of workshops, worship and the introduction of the draft CTB Theology Statement ... and we were off and running! 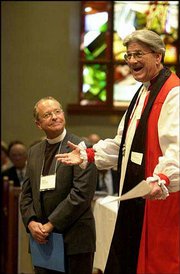 Then on June 7, 2003 -- when Canon Gene Robinson was elected by the Diocese of New Hampshire to be their 9th bishop -- our agenda expanded to include securing consents to his election. The results were history making. Between November 2002 and July 2003 the CTB Theology Statement was distributed to every bishop and deputy to the 74th General Convention of the Episcopal Church in preparation for legislation moving forward to authorize the blessing of same-sex relationships when they met in Minneapolis.


We left Minneapolis having met both of those goals: a new bishop for New Hampshire and having taken another step forward on blessings in a resolution “recognizing that local faith communities are operating within the bounds of our common life as they explore and experience liturgies celebrating and blessing same-sex unions."

In preparation for the 2006 General Convention, Claiming the Blessing continued to “tell our stories” by commissioning VOICES OF WITNESS as a video gift to the Episcopal Church. From the project summary: We believe that telling these stories, sharing these witnesses, is a gift we have to offer – and we believe that there has never been a more important time for us to commit ourselves to offering that gift in a way it can be the most widely received throughout the church and the communion. We believed that then and we continue to believe it now.

At the 75th General Convention in Columbus we worked with an extraordinary team of allies and succeeded in orchestrating a legislative strategy rejecting a raft of resolutions that would have turned the clock back on equality in response to “The Windsor Report.” What we were not able to do was to fend off the now infamous “B033” – the resolution calling for a defacto moratorium on consents to the election as bishop of anyone "whose manner of life presents a challenge to the wider church and will lead to further strains on communion." 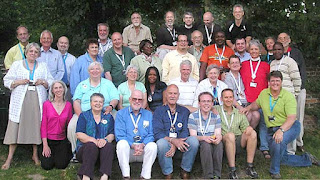 Claiming the Blessing was present at the Lambeth Conference 2008 as part of the Inclusive Communion Witness; produced and distributed "Voices of Witness: Africa" giving voice to the too-often invisible LGBT faithful in Africa and in 2009 worked with allies to reverse B033 and adopt Resolution C056 -- calling for the collection and development of theological and liturgical resources for the blessing of same-gender relationships.

And then in 2012 -- after a decade of commitment -- Claiming the Blessing traveled to Indianapolis to finish the work we started in St. Louis in 2002: obtaining approval of a liturgical blessing of the faithful, monogamous relationship between two adults of any gender. Ten years of work and witness. Tears and tantrums. Theology statements, blog posts, fundraising letters -- and more parish halls, small groups, legislative committee meetings, open hearings and closed-door-meetings than you can shake a stick at. Ten years and "Claiming the Blessing" became "Blessing Claimed!" with the adoption of GC Resolution 2012-A049.


It proved impossible to get everybody in one shot -- given travel schedules and calendar issues ... but between these two photos we just about made it: The Claiming the Blessing Crew ... Ten Years Later!

And then there are my personal highlights ... what we used to call "Kodak Moments" before there were digital cameras and instant uploads: the freeze frame moments in my mental photo album of the Claiming the Blessing years:
Many years ago, then All Saints Pasadena rector George Regas challenged justice activists to "set audacious goals and celebrate incremental victories." For Claiming the Blessing the "Blessing, Claimed!" in Indianapolis -- after ten years of work and witness of the Claiming the Blessing collaborative built on the foundation of decades of prophetic ministry by our various organizations and congregations -- is an incremental victory we're celebrating on the road to our original, audacious goal: promoting wholeness in human relationships, abolishing prejudice and oppression, and healing the rift between sexuality and spirituality in the Church. 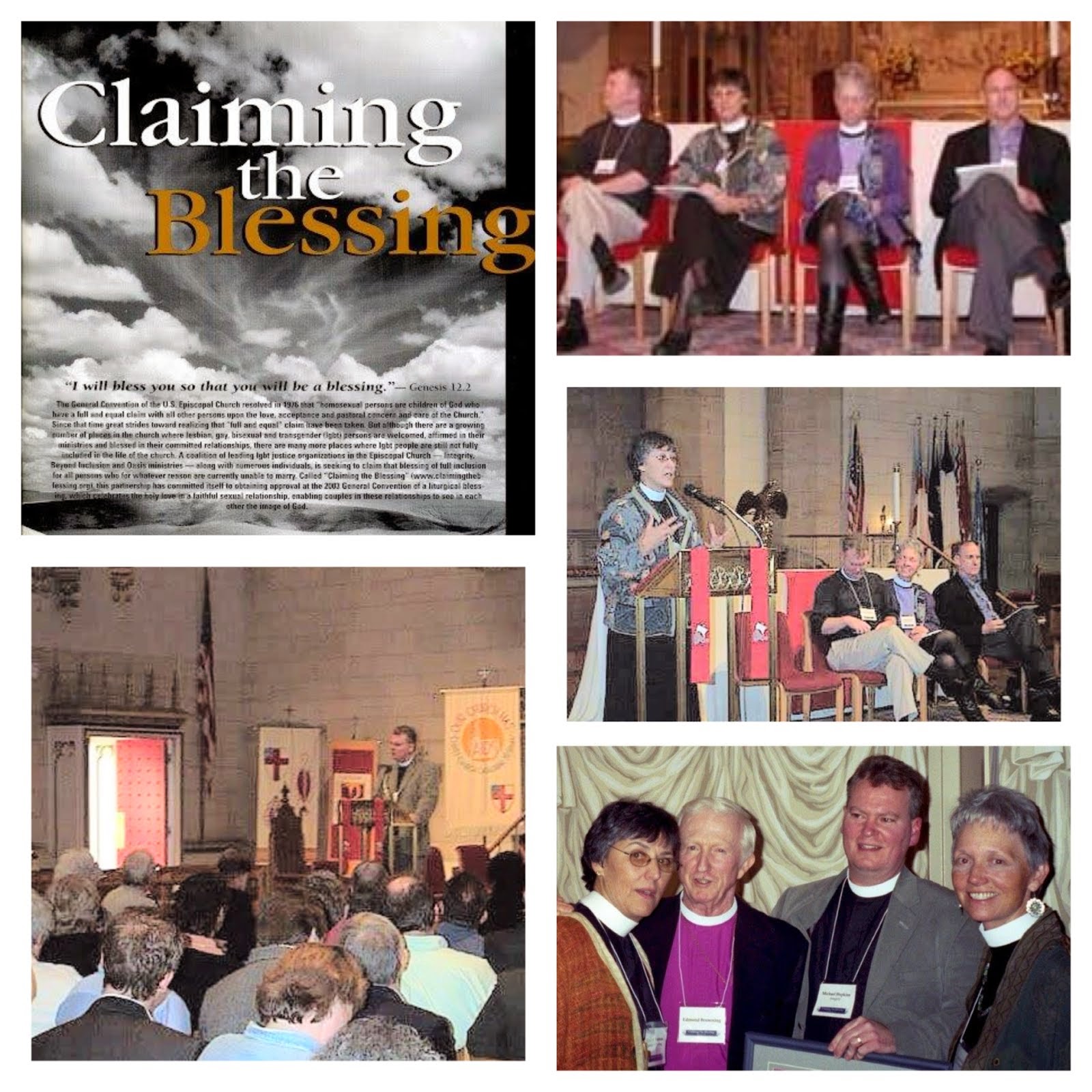